What makes electrical tape different from other adhesive tapes?

Electrical wiring and phasing tasks call for a specific type of tape – electrical tape – in order to safely get the job done. But what exactly is it that makes electrical tapes so different from duct tapes, polyethylene film tapes, and others?

Electrical tapes are typically made with a polyvinylchloride (PVC) backing and a non-corrosive rubber-based adhesive. The backing is what gives it the ability to stretch and conform to cables and wiring. This stretch is a critical characteristic of electrical tapes because it allows the tape to wrap tightly around cables for long-lasting insulation. Most cloth, film, and other types of tapes do not possess the elongation characteristics that allow electrical tapes to function properly.

Charged electrical wiring can also cause materials used in certain types of tape to dry out and even catch fire. For example, the cloth fibers used in the backings of many duct tapes are susceptible to burning at high voltages, creating a fire risk. You wouldn’t want to use a duct tape or other cloth tape to insulate wiring!

In addition to being built differently than other tapes, most electrical tapes used by professionals are UL Listed, which means that they have been vigorously tested for performance when exposed to environmental elements, such as cold temperature, moisture, and sunlight. UL Listed electrical tapes are also tested for physical properties, including backing strength, elongation, and adhesive strength and must meet a high standard in order to qualify for the listing. UL Listings exist for many other types of tape – such as foil and film HVAC tapes – but each listing revolves around the specific type of tape in question. So, while your foil tape may meet UL Listing requirements for sealing rigid ducts in HVAC applications, it would not meet the code if used in an electrical application.

Electrical tapes are built for use in specific tasks that other tapes cannot stand up to. Cable insulation, phasing, and splicing jobs depend on good quality electrical tapes to get the job done right.

Find an electrical tape for your next job at Shurtape.com. 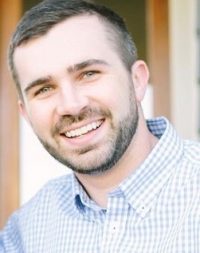