What is an over-filled carton?

Just as cartons can contain too little filler packaging, they can also contain too much. Using too much void fill in boxes and parcels not only creates waste, but can cause the carton sealing tape to fail prior to palletization, while in storage, or during transit.

The purpose of void fill packaging is to protect the product being shipped from damage or pilfering from the time it ships to the moment it is received by the end consumer. However, cartons become over-filled when the amount of filler is so great that the major flaps of the carton bulge, preventing a proper tape seal or causing a seal to fail – defeating the intent of the extra filling.

While the major flaps of a package can be held down long enough to seal the carton, this doesn’t mean the package will remain secure. The upward force of the contents created by the void fill will introduce additional stress on the tape beyond its holding power, which could result in shear failure, or tape popping from the sides of the box, prior to palletization, during storage, or during transit. Think of tape like a rubber-band – inherent to its makeup, it wants to relax back to its original shape after being stretched.

To prevent unnecessary rework, returns, or damaged goods it is important to only fill cartons to a level that allows the major flaps to completely close without forcing them to do so. Additionally, using the proper carton sealing tape for the application will help ensure secure seals. If you cannot avoid some overfill, consider a higher grade of tape with better holding power. 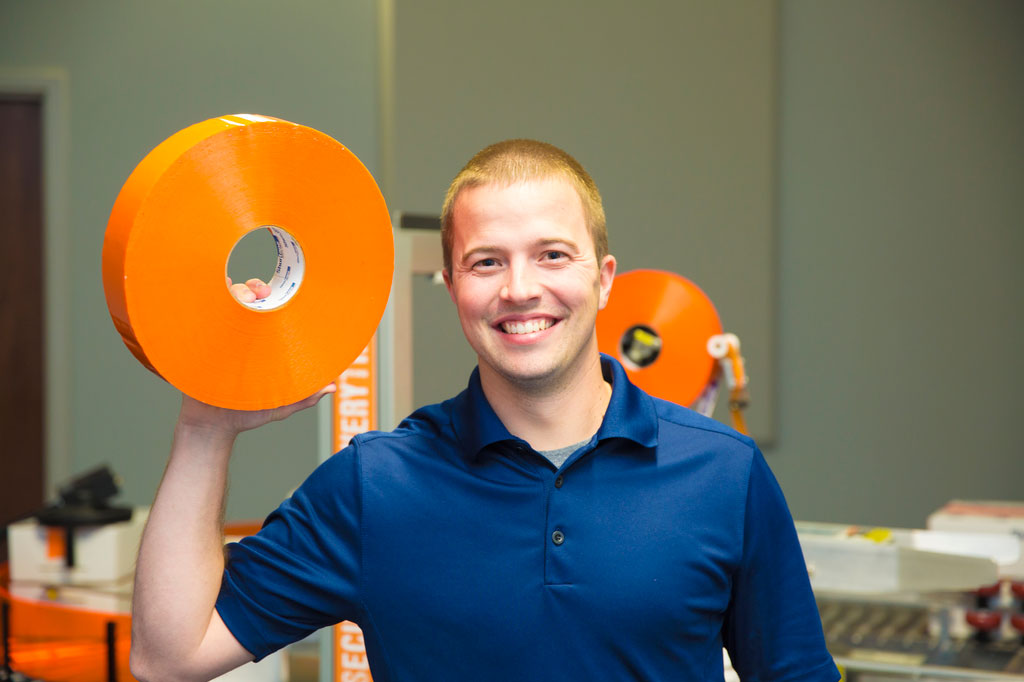 Bradley Dunlap
As a senior product marketing manager at Shurtape Technologies, LLC, Bradley Dunlap is responsible for leading the product development and marketing support for the Packaging Tape and Equipment category. He is a member of the Pressure Sensitive Tape Council (PSTC) and Institute of Packaging Professionals (IoPP), and has completed PSTC training for Manufacturing and Testing of Pressure Sensitive Tape Adhesives and Tape University™ Advanced. Bradley is a graduate of Appalachian State University with a Bachelor’s degree in business management.